Recyclable packaging based on renewable resources is in demand worldwide. To meet this demand, Securikett has created a revolutionary paper-based security seal technology, offering sustainable and secure sealing for cardboard packaging. The new PaperVOID labels are available in semi-transparent and opaque designs and show striking and distinct security effects. The security seals transform any type of folding paper box into a safe.

Advantages at a glance

Functional strengths of the paper seals 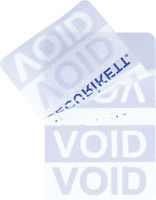 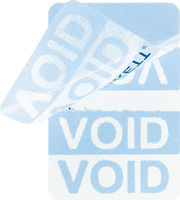 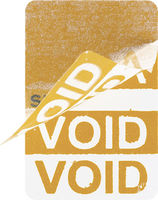 The PaperVOID seals are offered in different designs, sizes and colors. Of course, the paper seals also have the security VOID effect, which leaves an irreversible pattern on the packaging when removed. Opening of the packaging is immediately and clearly indicated. The paper seals are available in both opaque and transparent versions and can be used in all branches of industry.

Simply replace your existing plastic packaging labels with Securikett's PaperVOIDs designed for paper cartons and easily achieve your green goals. By using only one packaging material, all packaging can be recycled together. Additionally, paper is one of the most renewable resources and recycling of paper is well established.

In the future, there will be penalties within the EU for packaging that is not designed to be recyclable. Further bans on plastics for certain applications are likely. Shifting to paper-based seals is a smart move for all businesses since the pulp material can be recycled together with the folding cartons. "Future proof" your packaging to meet the evolving packaging requirements for sustainability.

What does the term VOID mean for security labels?

VOID is an English term that stands for something that is marked by use. In this case, VOID means that when the seal is opened, it displays unmistakable evidence of opening that cannot be undone. Specifically, the words "VOID" or "OPEN" are often used in this context. Symbols such as an open lock, an X, or breakage patterns are also commonly used to indicate that the package has been opened.